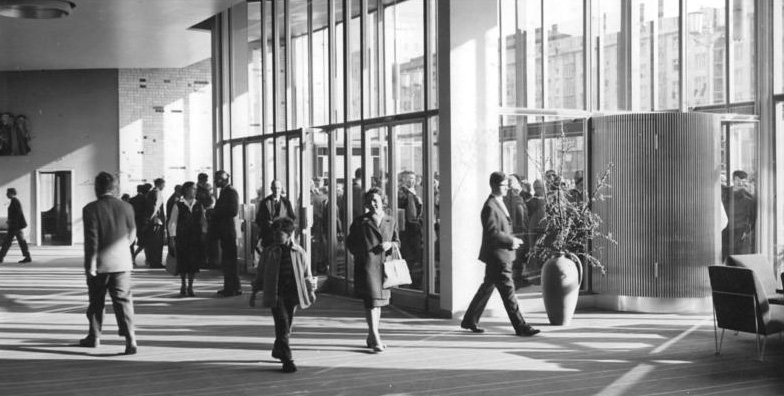 The creation of the KOSMOS.

The KOSMOS was opened in 1961 as a prestige project of the GDR, as the most modern film theatre in the country. In a time when the whole world stood wide-eyed to see who would conquer space, the architects Josef Kaiser, Herbert Aust and Guenter Kunert went with the spirit of the times and let their creation be shaped by the space race – even the inside lights are built to appear as the jets of a space rocket.

Just ten years after the fall of the Wall, the UFA took over the KOSMOS and extensively modernised the listed building. And since 2005, under the stewardship of the KOSMOS KG, the building has been developed still further.

2010 take over of the property by KOSMOS KG

until today: continuously renovation, modernization of the building to modern standards